Entering the weekend weighed down by 50kg of compensation weight, the event was expected to be a tough one for ALL-INKL.COM Münnich Motorsport, and so Saturday proved.

With just 0.4 seconds separating the cars from fifth to 22nd in morning qualifying, both Guerrieri and his formerly points-leading team-mate Nestor Girolami secured 16th and 14th places on the grid for the opening race.

However, with both denied a new-tyre flying lap at the end of the session as a red flag ended things two minutes early, neither Argentinian had the opportunity to challenge for the top six.

With ‘Bebu’ suffering a five-place grid drop for overtaking another car under red-flag conditions while running at extremely slow speed at pit entry, and other cars also penalised, Esteban was promoted to 14th on the grid.

From there he started strongly and finished 12th. With Bebu starting 18th, but recovering to a points-paying 15th, he is now one point behind Esteban in the title battle while Münnich are 47 clear in the Teams’ Championship.

KCMG’s Attila Tassi was also hit hard by the end-of-session red flag. The team had made significant strides in performance since the Slovakiaring event last weekend and were also part of the tightly-bunched midfield pack.

Attila was denied the chance to improve while Tiago Monteiro was on-course to move into the top 10 on his final flying lap, only to run off the circuit and into the gravel late-on.

From 21st and 25th, Attila and Tiago finished 18th and 21st in the race. Attila was later excluded when a broken connector in his ECU left his car unable to be properly checked by officials post-race, which promoted Tiago to 20th.

Sunday features a separate qualifying session to set the grid for Races Two and Three.

“It hasn’t been my best day. Even with 50kg compensation weight, I should have been a bit faster in qualifying, though not being able to use my new tyres at the end – because of the red flag – definitely cost me positions. I benefitted from penalties to other drivers to start 14th, made a good start and finished 12th. The first few laps were intense so once things settled down, I just focused on protecting the car. Yes; it’s the championship lead, but a lot can happen in two races tomorrow, so we’ll work to make the car as fast as possible to make sure we’re in the mix.”

“It’s been a frustrating day. We knew the weekend would be tough because in a championship this tight, when you have to carry 50kg compensation weight, it’s difficult. Still, our pace was good. I was just 0.2 seconds away from being fifth, and instead I was 14th and without any opportunity to use new tyres because the red flags ended the session early. Then I overtook a car at very slow speed under the red flags as I was entering the pits, so I got a penalty. From 18th, at least I recovered to score one point. Tomorrow’s another day and if I qualify in the top 10, I can score big points.”

“We planned four flying laps for qualifying, but I only really completed one properly. On the first I had a yellow flag, so had to back off, then I had traffic on my next, I did one proper lap and then we had the red flag at the end, so the opportunity to improve was gone. The positive is that we’re definitely closer to being the fastest Honda than in Slovakia or Hungary, so that’s a great sign. We’ll definitely be stronger tomorrow.”

“Today was much better than we had in Slovakia for outright pace, so that’s a real positive. I was pushing hard at the end of qualifying and just made a mistake, so I started outside the top 20. The race was OK; I started well, then dropped back, then regained some places. We’re working hard to make things better for tomorrow because we’re definitely mid-pack on pace, so we need to get the results to show this.”

“The race went quite well really. Both drivers made up positions at the start, both scored points, both brought the cars back without damage and we still lead both championships. It was qualifying that cost us. We can’t do anything about the compensation weight, but without the red flag, both drivers could have improved by a couple of tenths and that would put them both in the top six or seven, so we know the pace is there. We’ll work hard overnight to make sure we’re ready to attack in qualifying.”

“The work we’ve done since Slovakia has really paid off, and we can see this in our true pace in qualifying, even if the results didn’t reflect it. Atilla would have been inside the top 15 easily without the red flag and Tiago was also on-course to start higher. Both drivers have a better feeling with the car and we felt confident enough to try two very different set-ups in the race to gather data for tomorrow. I think we’re looking in a good shape to keep closing the gap.” 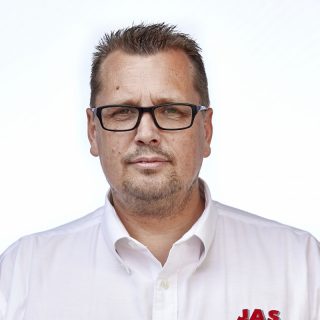 “I’m quite happy with the speed of the cars with 50kg compensation weight. With the exception of one brand that’s had a very good BoP for qualifying, everybody else is more or less identical on pace, so it’s been very tight. From the red flag at the end of qualifying that prevented the Hondas having a final run, it was going to be a tough race, but they all started well, points were scored and the speed looks quite ok for tomorrow’s two races.”